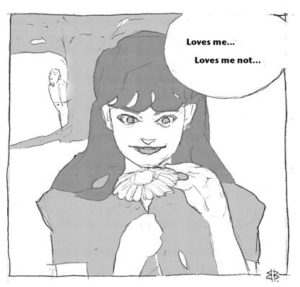 One of China’s favorite sweethearts died of breast cancer a few days ago.

She was 42-year old, Chen Xiaoxu, who after her acting career became a billionaire advertising mogul and a philanthropist, leaving 50 million yuan of her fortune to set up a charity to alleviate poverty and support education.

“She became a household name in China in the 1980s after being cast as Lin Daiyu, the lead character in the TV serial Dream of the Red Mansion, an adaptation of the Qing Dynasty (1644-1911) literary classic of the same name.”

I never saw the series, where she was cast as Lin Daiyu, “the sickly but passionate protagonist, who rebels against social conventions” but my wife did….as did millions of other Chinese.

The Chinese have lost one of their sweethearts.

Who is your favorite TV star?

Other news articles about Lin Daiyu.

Lin Daiyu Actress Has Passed Away

A Memorial Meeting for Chen Xiaoxu Held on Friday