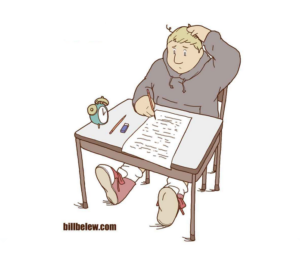 The story “A Fresh Summer Day,”… is about puppy love between two junior high school students.

A reporter for the Shenzhen Economic Daily said the plot developed smoothly and naturally, while the emotions of the characters were described genuinely and vividly.

Do reporters actually read the ramblings of teenagers?!

The girl said her story is based on interviews that she conducted with some of her fellow classmates.

Then he threw an eraser at me.

I knew it was love.

It will be her second published work…the first, “A Better Present,” is a collection of journals she wrote as a primary school student.