The Fine Country of Singapore Hits Radio Broadcaster with $9,800 Fine for Bra Contest 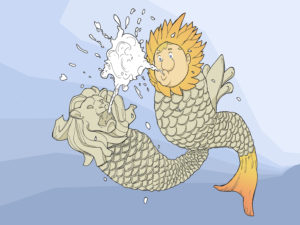 You can get fined for anything in Singapore…jaywalking, spitting, chewing gum…

Now a radio broadcaster has been fined for a bra contest.  This on the radio waves NOT the television.

The women in the studio apparently were asked to take off their bras UNDER their clothes and ON the radio.

However, suggestive remarks about “how fast the bras were removed, as well as the color, design, and cup size of the bras, and the size of the girls’ breasts” went too far.

Singapore’s media regulator says, “As celebrity figures and role models, DJs wield influence over young listeners, and hence, should conduct themselves in a socially responsible manner.”

I wonder if these people have ever heard of Howard Stern.