The Sky is Falling in China – Global Warming Warnings 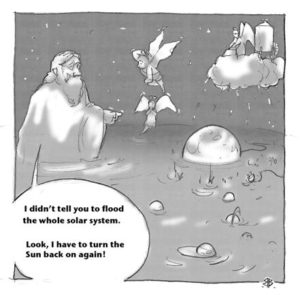 Global Warming in the Universe

Henny Penny is running around in China, too.

The doomsayers are saying that Global Warming is threatening China’s food output.

Rice, wheat and corn could fall by up to 37% in the second half of this century if something is not done in the next 20-50 years.

The key word is could = they don’t know. And 1% falls in the numbers up to 37%. Twenty to 50 years…whenever numbers double, it is because the predictors have no idea.

Temperatures in China have risen 0.5 to 0.8 degrees centigrade in the past 100 years. Note, the second number is almost two times the first = they don’t know.

Still…which area of China are they talking about? It’s a big country.

China’s southwest saw the worst draught in 50 years. Fifty years is an awful small number when we think that about how old the earth is.

The Yellow River will see evaporation increase by 15% a year. Gee…won’t it be gone in about a quarter century? I don’t think so.

China’s sea level is expected to rise 1 to 16 cms in the next 25 years.  Uh…put an ice cube in a glass of water. When the ice melts, what happens to the level of water in the glass?

And if it is warm enough for ice to melt, there is more snow to compensate on the mountains = same old same old conditions.

Moving from a labor-intensive economy toward a technology-driven economy, making better use of energy resources and protecting the environment, and developing advanced nuclear energy and other renewable energies are all great ideas.

But GLOBAL WARMING is NOT the reason they should be done.