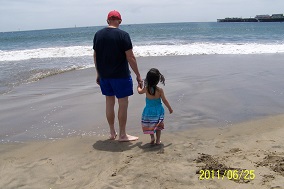 The State of Asian-American Women in Politics

These facts will be interesting to look back on in about 50 years, when I become president of the United States.

Yeah … you’ll see. I am going to be the first Asian-American woman to become president.

Laughing? Remember when people laughed at just the thought of a black man being president?

The 113th Congress – there are 7 Asian American women. One is in the Senate and, let’s see if my kindergarten math can get this next number right – that leaves six in the House of Representatives.

There are 1,789  woman in state legislatures serving throughout the county.  Just under 2% of them are Asian-American. The actual number is 32. Hmm…  I wonder if any of them will beat me to become president.

In the top 100 cities in America, only one has an Asian-American woman as president. Drum roll, please.  She’s the mayor of Oakland, CA – my neighbor across the Bay.

To put this in perspective, last year the Asian-American female population in the US was 5.14%. This number is expected to grow to 7.8% by 2050. That just means I will have more competition.

But, as my brother says, “One in a hundred chance? That means one person can do it. I’ll be the one.”