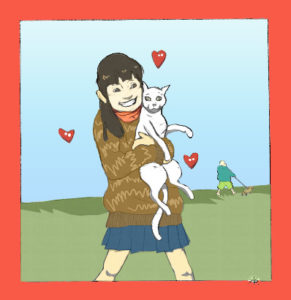 I’m not getting this unless the counters start from the Chinese new year and go seven months because the seventh month and seventh day on most calendars is July 7th…not August 7th.

But, experts in China want to make the seventh day of the seventh month (Qixi) or Double Seventh Night China’s version of St. Valentine’s Day.

Read – they want another festival, holiday to make money

A cowherd, Niulang, fell in love with a weaving maid, Zhinv. But, the heavenly emperor forbade them to meet and separated them by a great heavenly river – the Milky Way.

Every year, on the seventh night of the seventh month the two lovers are permitted to walk across a bridge spanned by magpies for a reunion IF the weather is clear. On cloudy nights…wait till next year.

During the Tang Dynasty, royal family members held banquets, and young people burned incense in gardens (how romantic!) in the worship of the two lovers, and hoping to find true love themselves.

Businessmen and women want both.

Next year’s Qixi falls the day before the opening ceremony of the Beijing 2008 Summer Olympic Games.