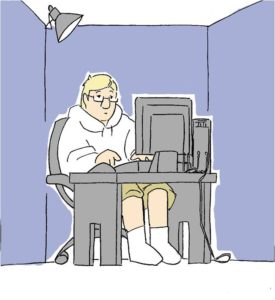 A new cafe has replaced the Starbucks that was in the Forbidden City in Beijing.

The basic difference – the new cafe is owned by the Forbidden City museum.

The new shop is called “Forbidden City Cafe” and is NOT an ice cream shop as was expected.

A Forbidden City spokesman said “We attempted to turn the shop into something of a ‘showcase’. After an experimental period and redecoration to give it a new style, we’ll apply the same idea to other shops in the Forbidden City.

“In future, all shops operating in the Forbidden City will have a uniform style.”

Starbucks was booted out after operating in the City for seven years because many challenged the idea of having a western coffee shop in the palace.

One wonders why it took them seven years to begin feeling that.

A CCTV anchorman is said to have triggered the criticism by saying the Forbidden City should ‘purified’ by expelling outlets like Starbucks.

Yeah! They should be able to make their own money…act like capitalism but NOT look, capitalists, eh?