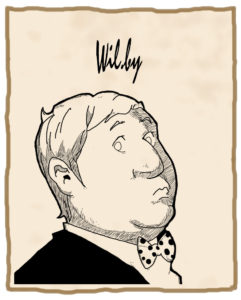 More and more Chinese are realizing what it means now to have something they created stolen and used by someone else for a profit.

In the past five years, the Beijing No. 1 Intermediate People’s Court has accepted 4,535 Intellectual Property Rights cases including 981 involving foreign parties.

Nearly 80% of the civil cases on IPR were won by the foreign parties involved.

There’s a Chinese screenplay writer who wants no compensation AND has no proof who is suing U.S. movie giant 20th Century Fox Film Corporation for stealing scenes from his plays and putting them in the movie The Day After Tomorrow.

A 20th Century Fox lawyer told the court that some scenes were indeed similar to the man’s plays in the way descriptions of floods, storms and glaciers are alike in most all descriptions.

Imagine a Day After Tomorrow screenplay consultant hanging out in China looking for descriptions of hail storms, melting glaciers and floods so the s/he could steal them and take them to Hollywood with no chance of getting caught by someone across the world.

Different point, however…the Chinese are indeed beginning to understand what it means to have their IPRs stolen.

Just a couple of million more cases to go….no?