I hate Japanese | Tell me again, why do you hate my brothers? 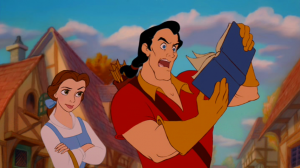 Daddy told me a story about a time when he was in China.

He was working in Japan and was doing some research in China at the time.

While he was sitting at a table and enjoying a meal with his new Chinese friends he mentioned that he lived in Japan.

“Why do you hate my children?” daddy asked.

“I’m sorry. Why do you hate my children?”

“We don’t hate your children.”

“But, you said you hate Japanese. My sons are Japanese.”

“We don’t mean that we hate your children. We mean that we hate … ” And they went on to talk about the history between Japan and China. My grandpa had to endure some terrible things by the Japanese war machine. I get it.

But it wasn’t my brothers who did it. Nor was it all Japanese people. Seriously. Are there still people who hate my brothers.

I am Chinese and I love my big brothers.

At the end of his visit with his new Chinese friends daddy said, “I am sorry. I brought some gifts for you guys but I probably shouldn’t give them to you after all.”

“Well, they are from Japan.”

“Oh, we love stuff that is made in Japan.”

Hmm … something is wrong with this picture.

Click to read => The Ugly Chinese-American with a Twisted Ending.