Thank you, Jeremy Lin, for renting out the Cow Palace for Identity Unleashed 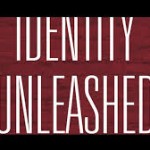 I may be wrong but I think Jeremy Lin deserves a HUGE thank you.

He spoke at the Identity Unleashed Conference at the Cow Palace this last Saturday and my daddy was there. Mommy, too. And Tyler.

There were no posters.

There were no sales at the back of the room.

There were no sponsors.

There was no offering taken up.

There were no donation boxes at the aisles.

The only money that exchanged hands was when attendees bought hot dogs and pop corn and something to drink.

Nobody asked for nothing. But still the workerbees were out in force. The lights came on. The power worked. And the toilets flushed.

Somebody had to pay for it.

The only guy with the money had to be Jeremy Lin. And he asked for absolutely nothing in return.

Daddy says he is happy to pitch in. But where?

Jeremy Lin is a professional basketball player. But he is also selfless, so it seems.

All he did was rent out the largest venue he could get and invite as many people as he could, and tell them what will NOT make them happy and what will.

His faith is not misplaced. And his selfless actions indicate his character.