Dubai Burj Khalifa is tallest building in the World 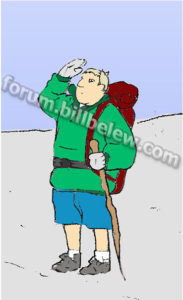 Looking at the tallest building in the world

Burj Khalifa is the new name for Burj Dubai. Burj Khalifa can be translated as Khalifa Tower. The tower is named after UAE President Khalifa Bin Zayed. I remember a tower once that was named after a city – Babylon. And we know how that turned out. Perhaps these folk will have more luck naming their tower after a person.

You can enjoy a photo show of the restaurant in the Burj Dubai, Khalifa. It’s the closest you can can get to eating at the top of the world without really going there. The latter would be the top of Everest and that is much higher up than the world’s tallest building.

To give one an idea of how much money there is to go around in Dubai, I had a friend who visited there not long ago and she saw a silver Mercedes Benz. The car was NOT painted silver…it was made from silver. So, what’s a few billion to put up the world’s tallest building. After all, the goal is to be a tourist attraction, right?

For those of us can’t afford cars made out of expensive minerals, we need to find cheap flights to Dubai.

The building casts a long shadow onto the ground near a local mosque, in Dubai, United Arab Emirates.

Burj Dubai is over 800 meters (2,625 ft) tall and has more than 160 stories. It is the most stories of any building in the world. Even more stories than that guy who wrote about those two kids who pushed a witch into a furnace. The observation deck is on the 124th floor and has 360-degree views of the entire city.

The Burj Dubai is home to the world’s first Armani Hotel, luxury offices, and residences.

The building will ultimately be a place of residence, work, and leisure for as many 12,000 people. I wonder how much those rooms will cost. It shouldn’t matter as the building is expected to be able to rock people to sleep.