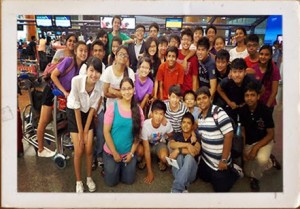 It used to be, well, perhaps it still is, that Indian students did their darndest to come to the US to go to grad school, learn a business or master the technology of the computer.

Now, there has been a turn. American college grads are opting to go to India.

A stint working in India can be quite an addition to a young workers resume.

A company like Infosys, which has grown from 500 workers to 50,000 workers in the past dozen years has hired many young Americans.

Of course, the biggest obstacle to a Californian or any other American going to India is the major cultural adjustment.

But, therein lies the reason for going. A person wanting to do business with India or China or any other country for that matter, and who wants their respect ought to, make that needs to make the plane trip and take the rite of passage in a foreign country.

At a recent summit I attended on investing in China and India, the single most expressed theme of the conference was that – if you want to do business with Indians and Chinese;

It seems some young Americans are taking this more seriously.