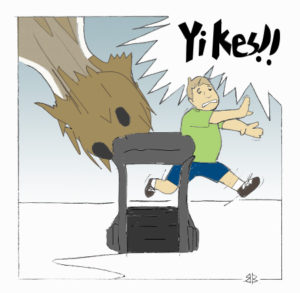 North Korea is getting ready to launch a missile and everybody is running for cover.

Nobody in particular, mind you. Everybody is running everywhere because nobody is sure what they are aiming at and what they will hit.

If the truth will be told, North Korea isn’t sure what they can hit either.

One of the ministers (not the church kind) in Japan once said, “Let the North Korean’s launch a missile at us. They couldn’t hit us anyway.”

North Korea does not have the technology to hit what they are aiming at. But chances are they will hit something…and that’s what matters.

America, nor any other country has the right to tell North Korea or anyone else not to build bombs, launch missiles, develop nuclear whatever until they (the US) put their own toys away.

If North Korea does launch the missile, and they will, it cannot be good for anyone.