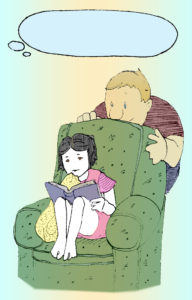 The world’s tallest verifiable man, Bao Xishun, is a father. There is Leonid Stadnik – 8′ 5″ who is taller than Bao Xishun – 7′ 9″, but Leonid doesn’t want to lay down and get measured from ten different directions, so nobody is sure.

These days, however, it is Bao’s turn to be in the news. He’s a dad. The baby, smaller than his foot, no doubt, and perhaps smaller than other body parts. (what are you thinking?)

Parasshuram sent me these pix. I don’t know where he got them, or we would gladly give credit.

I love this pic!!! I became a dad for the third time last year – little girl to go along with her older brothers, 26- and 22-years old!

But, Bao’s smile beats all!