Have you ever gone looking for trouble?

In this article we want to:

give you an update on book 4 in the Growing Up Aimi Series.

give you links to discover a bundle of new authors 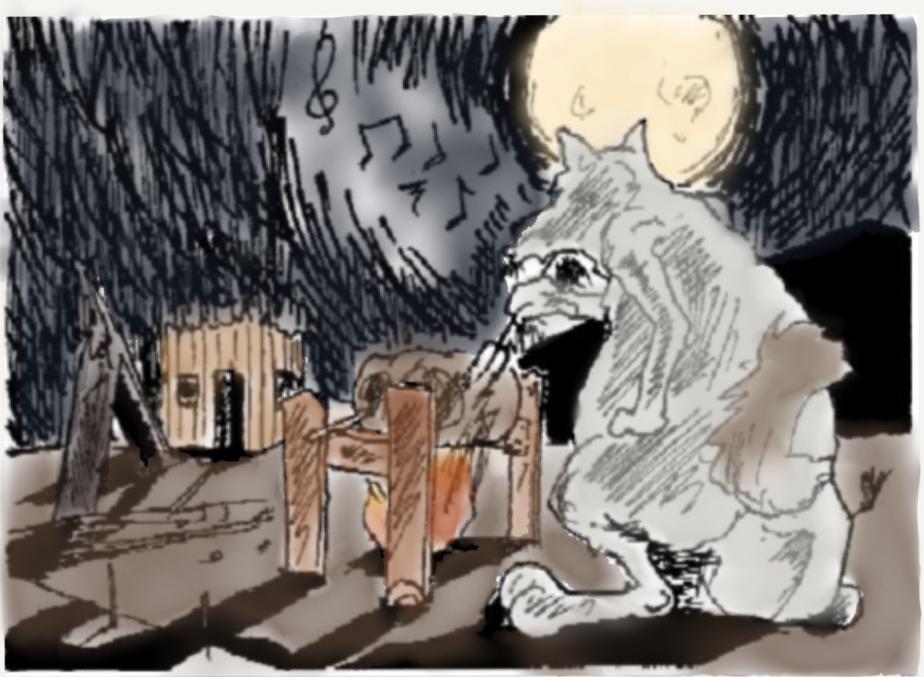 Aimi and her team are in the Bab al-Mandab Strait between Yemen and Djibouti having dinner with a pirate and heading into the Red Sea … they hope.

Our Newsletter Readers Get 1st Look

It’s the back story of the wolf in The 3 Little Pigs and his brothers.

It has NOT been published anywhere else.

“What’s with these pigs and hair and chin and shaving?” Gimmy mumbled to himself.

Then his belly reminded him of why he was there. It was pretty much the same as with the first little big except that Gimmy was much hungrier this time and he knew what he could do.

There was huffing and puffing again. Sticks and wood went flying. Plates flew like Frisbees. Gimmy blew so hard glasses stacked themselves up in the corner.

Gimmy was quite pleased with this gift he had and he was quite good at it. He even gloated a little while the little pig, which really wasn’t little at all, looked on. In fact, that little pig was as big around as he was tall. If he didn’t hold out his arms when he walked it couldn’t be told if he was walking or rolling.

The little pig’s snout drooped just a little and he sniffled. Gimmy snorted in reply. And there might have been a tear in the little pig’s eye. Gimmy’s eyes turned glossy. The little pig saw the end coming and Gimmy didn’t care. He was heartless. And, of course, by now, very very hungry.

Gimmy ate up that fat little pig who was much bigger than his sister; bigger than her and the little one who ran out the back door put together. Gimmy barbequed parts, roasted parts, had eggs with parts and created a new sandwich by putting some parts on bread with lettuce and tomato. It took Gimmy two days of non-stop eating to finish off the whole pig. In the end, Gimmy was not only deliriously happy….he was miserably stuffed, too.

While he lay there moaning and groaning and wishing he had some ice cream to top it off with even though he knew he didn’t have any more room, he thought to himself he might write a book, too, like his brother, Gotcha. But he decided writing was too much work and so he quickly abandoned the idea. Instead, he dragged that fat belly, so fat that his belly button started pointing out…disgustingly so. Gimmy wobbled into the front door of his home and flopped over next to the fire place and began to snore. Mama and Papa looked on in bewilderment.

Mama and Papa felt bad for the little pigs but this time it was three blissful weeks later before Gimmy woke up.

“Mama, there’s one more pig. And those first two were delicious.” He smacked his lips.

And Gimmy shot back, “Blah blah eat, blah take….blah blah get blah blah,” was what went into Mama’s ears.

They’d both heard it before – too many times.

Gimmy’s belly nearly hung down to the ground. But nothing was inside, just stretched out skin. And he was seriously hungry.

Even Gimmy was startled by what he heard his belly say. He stopped for just a moment, smiled understandingly and rubbed his paw on this deflated balloon and spoke to it, “My dear, Belly, don’t mind. I’ll get you something before the day is over.”

It was the most peaceful time that Mama and Papa had had since Gimmy’s teeth came in three days after he was born. Mama said Gimmy was born mouth first – to eat.

Suddenly there was a loud GRROOWWLLLINNGG!!

The sound shook the walls and Papa dropped his coffee mug. It was so loud it woke Gimmy up. It was his stomach. Hunger pangs woke Gimmy up.

“I’ll get you something. Hang on!

“Wait. Mama. Wasn’t there three pigs that moved in to the neighborhood?”

“Mama. That first pig tasted real good. Mama, I hear that second little pig is a real homebody. Never leaves the house, stays home all the time. I think I’m gonna go get acquainted with that second pig. I think I want…”

Mama interrupted him, “You’d better watch out, Gimmy. You can’t just have whatever you want any time you want. You just gotta learn to think of others.” Mamas don’t give up easily, either, you know.

Gimmy strutted his stuff towards the forest. He was feeling lean and mean. And, his belly let everyone know he was on the prowl. Squirrels scampered up trees and rabbits went down holes. But, Gimmy wasn’t interested in fast food. He had his heart and belly set on that little pig.

Before long he came upon a house made of twigs and branches and logs strategically placed here and there. The front yard needed mowing and the hedges were unkempt. Gimmy thought to himself, this little pig really doesn’t get out very often. He must be either thin and sickly or nice and plump from lack of activity.

It was the latter.

We have created a (digital) => Complete Box Set of Growing Up Aimi Series. It’s much cheaper than buying books one by one.