My Favorite Disney Quotes – Thoughts to Live by from Charles Kingsleigh, Alice in Wonderland 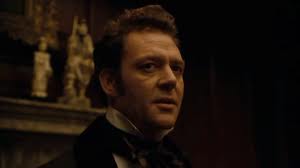 “You’re mad, bonkers, off your head! But I’ll tell you a secret: all the best people are.” – Charles Kingsleigh, Alice in Wonderland

How is it that a person can stand out?

It’s when you are different that you are well, um, different… that is, when you stand out.

Often when you do something that has not been done before, been imagined before the feeling or sentiment is “you’re nuts.”

The early explorers probably got that kind of reaction. People probably said, “That nut Edison is going to kill himself and us, too.”

“Einstein is going to blow us all up.”

“Magellan is going to fall off the end of the world.”

“Mia Mei will never be a good writer.”

Daddy used to think the gadgets in Dick Tracy and on Star Trek were cool but it would be bonkers to think those ‘toys’ would ever be something that people actually used.

Let people think I am off my head.

But by golly I am going to be one of the best.