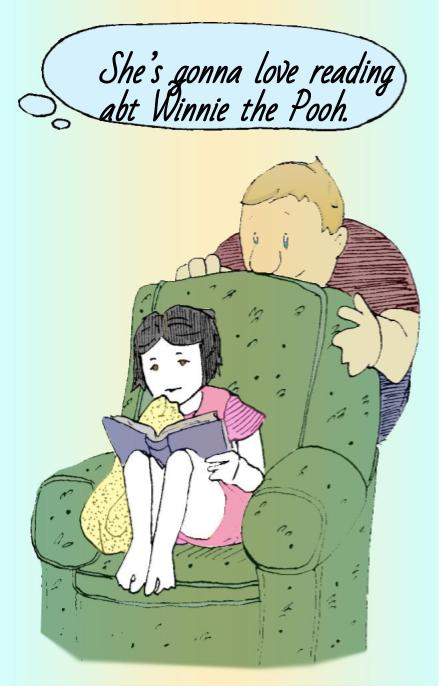 My Daddy wants to take me to see GOODBYE CHRISTOPER ROBIN.

The film takes us to post-war England (I love time travel!!) and the lives of the Milne family.

A.A. Milne is an author (I like to write, too!) and veteran of The Great War. (Daddy’s daddy was in the same war!).

Milne was inspired by his son to create characters that we all know and love today.

It’s impossible to decide which is my favorite.  For a long time I had a Pooh Bear that was bigger than I am. Nope, I didn’t lose Pooh bear and he didn’t change, I grew up! Hahaha.

I got an exclusive clip of the movie. See below.

I want to see the whole thing when it comes out on October 13th.

“The film explores the ways we heal, and the sometimes complicated bond between children and their parents – especially when the child shares a spotlight alongside a treasured icon.”

I think this means Milne’s kid got a lot of unwanted attention because Pooh and friends became so famous. That’s an interesting problem that I will think on some day … but not now. Maybe daddy and I can talk about it after we see the movie.

Kelly MacDonald (Brave: The Voice of Merida!!! One of my favorite Princesses).

Directed by Simon Curtis (My Week With Marilyn, Woman In Gold)