Series on the 25 most influential Chinese-Americans 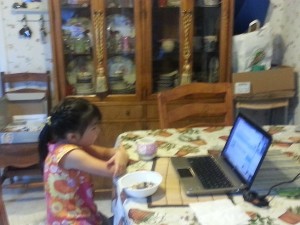 A hundred internet years ago (Ed. actually 7+) my daddy created a web site devoted to business in the PanAsian area. That’s China, Japan, Korea, Russia, India and so on.

At one point the site drifted into entertainment, which is a business, and daddy did a series on the most popular Chinese actresses, then actors. It turned out to be pretty popular in a forum that my mommy likes to visit.

So, I asked daddy to help me do some research on Chinese-Americans who have had a big influence in America or China or even the world.

And he did. He is doing the research.

He has come up with a working list of several 100 influential Chinese-Americans.

Wow! Chinese-Americans have made a big difference! For the better, too!

Now, daddy and I are trying to write about these Chinese-Americans in the order we think that they had the biggest and best influence on the US, China and the world.

And over the next few weeks and months we will introduce them here and ask you, dear reader, what you think.

This series is fun for me because whenever daddy learns something new about somebody new, he tells me … on one of our morning walks.

And, to be sure, these people are an inspiration to someone like me, a little Chinese-American girl, who still doesn’t know how she’s going to change the world.

But I will. Just give me a few years to find my feet … and my dream.