Trick or Treating at the Zoo | Halloween Chaos | An American Celebration 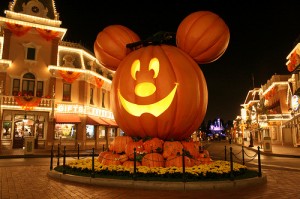 Mommy and daddy took me trick or treating last night.

Daddy said it was like a zoo, but I didn’t see any animals. Well, I did see some animals, but they were eating candy and going from house to house begging for more.

Like a zoo = wild with people/animals running all around.

And nobody played by any rules.

There were people pushing and shoving and kicking and throwing their hands here and there. Kind of like monkeys in a zoo now that I think of it.

Long gone are the days when small, not large or in between, but small children walked up meekly and with a smile said, ‘trick or treat’ and left saying ‘thank you.’

Now the fight is on to get the last Tootsie Roll.

It was less fun for daddy than for me because it’s the only experience I have ever had. But daddy said it used to be that kids and parents were polite and took turns.

And crazy ladies didn’t try to scare little girls and think it was funny.

Where’s the candy? I will think about these things later.

Maybe it’ll be better next year … or not.