Teaching a little girl to love to read | Mia’s Fantasy | Reaching for the sea, um, sky 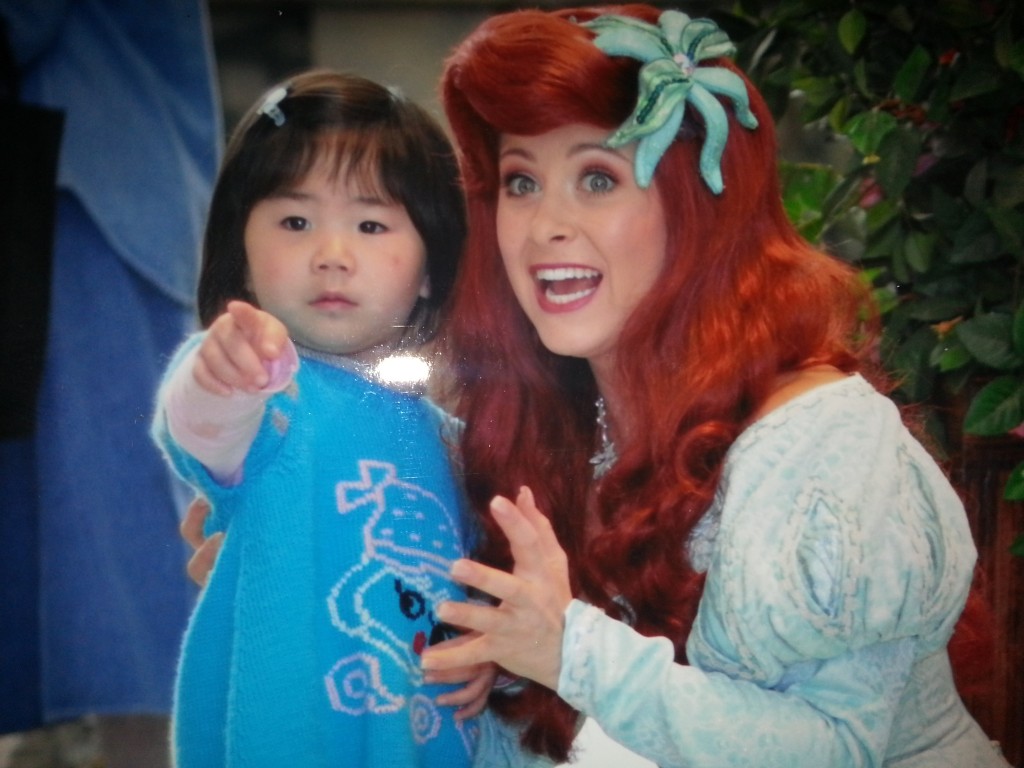 Ariel has a Wonder Personality

Mia loved to play by the seaside. She picked up rocks and threw them into the sea. Sometimes the rocks would go kerplunk. Sometimes they would make a big splash. But one time, Mia threw a rock into the sea and before the rock hit the water a hand came out and caught the rock!

Mia’s eyes grew so big as she watched the hand slowly take the rock into and under the sea.

Mia walked on top of some of the rocks to get very close to where the hand was. She looked into the clear blue sea and she thought she could see someone or something swimming in the sea.

Under the sea she saw a beautiful golden comb! Mia reached into the sea to grab the comb. Suddenly Mia realized that even her hand was in the sea her hand wasn’t wet at all! Her hand was dry and reaching out of the sea into the fresh air. Mia found that she was under the sea!

To her left she saw many mermaids and mermen swimming here and there. They waved at Mia and asked her to follow them. Mia grabbed the golden comb and started swimming faster than she ever had before.

Mia heard some beautiful singing. It sounded like a sea angel. The singer had long red wavy hair. She was a mermaid and she invited Mia to come to dinner. The mermaid told Mia many stories about her life under the sea and her dreams of growing up and meeting a prince and walking and dancing on the dry land.

While Mia listened to the mermaid’s stories of her dreams, she began to comb her hair with her new treasured golden comb. As she combed her long black hair her hair began to grow and grow and grow. Her hair floated to the top of the water and Mia swam up to gather it in one place.

As Mia gathered all her hair into one place she found that it was so heavy she had to sit down. When she sat down she found she was sitting in a rocking chair.

Related: Next – In the Rocking Chair