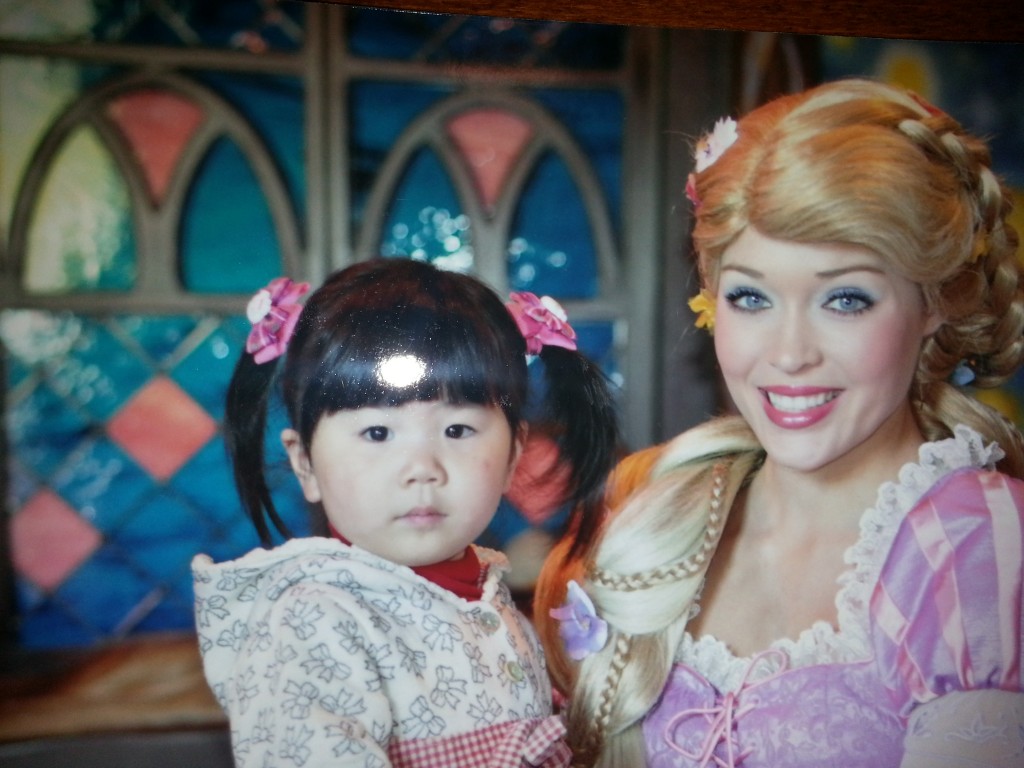 Mia fell back into a rocking chair. As she rocked back and forth she noticed that she began to float higher and higher till she found herself in a tower. Her hair was dry and now very very long. She wondered what she should do with all her hair only or a moment. For she found another little girl in the tower with long golden hair sitting next to her. Her new friend painted and sang and baked and read books and a tiny little pet. Mia told her new friend about her pets – Singapore and Pinky.

They became great friends. The little golden-haired girl told Mia about her dreams to come closer to see the lanterns fly in the sky. The lanterns always flew on her birthday. Mia thought that would be wonderful to see. When her new friend sang, he hair became bright golden!

In her pocket Mia remembered that she had a flashlight. She turned on her flashlight to show her new friend how bright it was. But the beam from the lantern was straight and it made the shape of a window on a nearby wall. Mia walked over to the wall, looked into the window and tumbled through.

Related: Back to the beginning of Mia’s Fantasy

Related: Previous chapter – Under the Sea