American Crybabies…I have Changed My Mind 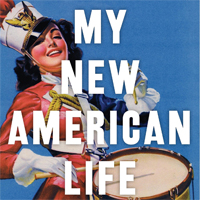 I have changed my mind…until I change it again.

A senior analyst for Oppenheimer & Co. has called Americans a bunch of crybabies, of which I was one. But, I’m not going to cry anymore.

I still hate big oil companies. But, I say let the price of oil continue to rise. Let the market determine the cost. If it gets too high to buy it, then don’t buy it.

High oil prices are blamed on the rapidly expanding markets of India and China (presently the growth in demand is exceeding the growth in supply by 400K bbl. a day) and on the stupidity of Iran. Well, who is more stupid the Iranian bozo who charges $85 a barrel or the person who pays that much?

It’s kind of like the reason professional ball players make so much money…because someone will pay them that much.  Right?

The only thing I hate more than big oil is big government. At least half of this nation will continue to cry “Do something government, take care of US government, we can’t help ourselves government.” But, not me. Stay out of its government. Let the market drive the costs.

Higher gas prices encourage conservation, drive innovation and cause us to develop alternatives. Sounds good to me. Most people do not change directions until they are pinched.  Feeling the pinch America? Then change directions!

That’s what I think.