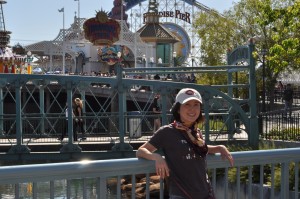 The president of Bruce Lee’s fan club announced that Bruce Lee-themed park will be built in the southern Chinese ancestral home of the star – Shunde.

There will also be a martial arts academy and conference center…but no acting classes.

Lee was born in San Francisco but died at a young 32 in Hong Kong at actress Betty Ting Pei’s home, with swelling of the brain, after completing just four films where he defended the Chinese and working class against all comers.

Now, the legend will really be able to live on.

Admission is free if you can swing nunchucks without hitting yourself.

It seems like yet another city is going to try to capitalize on the name of one of its famous residents, even if it has to go a few generations to do so.