Some ideas about how to raise kids bi-culturally – the BANANA

There is one specific word to describe those Asian kids raised in western culture: BANANA.

It is a person with yellow skin but has a white-person’s heart.

BANANA is not a good word; sometimes it’s kind of rude.

But there are definitely a group of people which I bring attention to: those people who come from Asian families but are raised in western cultures.

All the outside world they contact from beginning are western: friends, schools and society. But when they come home, they meet their Asian families: those people who care for them most come from a different culture. 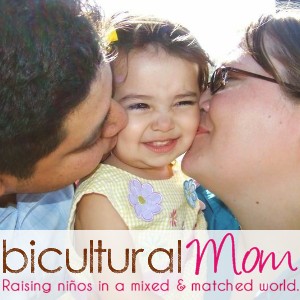 It could be they are facing growing up bi-culturally or it could also be culture conflict they need to deal with.

I know in most cases parents would anticipate their children to adopt into two cultures, go along with both of them and embrace them without much critical judgment. Well, we hope so.

But I also meet many kids when their Chinese parents talk to them in Chinese, they respond to them in English. The only Chinese they speak well or write well is their Chinese name. Other than that, they know Chinese as much as their American friends.

Well, even though the parents are trying so hard for them to adopt two cultures and recognize themselves well for their identities, we should also admit that the kids, especially when they are quite KIDS, the influence coming from their friends, classmates and teachers are as much as their parents.

All of these facts make kids raised bi-culturally difficult. And it also means talking with them at home in Chinese and sending them to Chinese lessons are not enough. Kids need to recognize their own identities voluntarily, rather than by force. It challenges the parents to adjust their strategies to develop this recognition.

Wrote by: Bei He