Real dad..What he does to make it right? A complete and exhaustive list to refer to.. 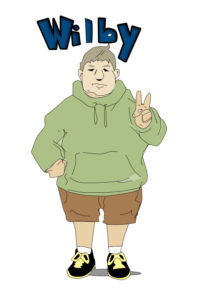 I’ve written a lot on one of my other blogs on the many qualities I think of when I think about what makes a man a REAL man. Qualities like generosity, courage, simplicity, contentment, strength, and many others. And in many ways, those same general qualities also apply to being a dad.

Even so, as I’ve become more comfortable in writing about my dad’s role as a new father, I’ve begun to ponder what it really takes to be a good father. Thankfully, I had a pretty good example in my own old man and so that’s been helpful, but (much like everything in life) I want to come up with my own set of standards for the kind of dad I want to be. With that in mind, I’ve started a list (for some reason, I’m really into lists these days) of what I think it means to be a REAL dad. Here’s what I’ve come up with so far:

Read: Invited to Guest Blog at Diana Symons Learning to Walk with God

Like I said before, the list above represents the kind of dad one would want to be. I think each man will have his own list that will not be identical to mine, though I wouldn’t be surprised if my list was similar to the lists of many other dads out there. It’s also not a complete or exhaustive list, nor was it meant to be. In fact, if I were to go back to and reflect on this list every day, I could probably add a new item to it each day depending on the events of the previous 24 hours.

If you were to come up with your own list of what it means for you to be a REAL dad, what would you include?