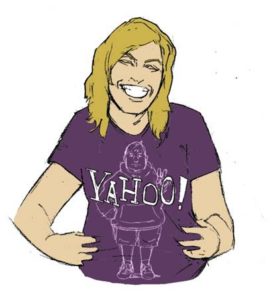 Terry Semel, CEO of Yahoo shared an anecdote about a time when he was in China negotiating a business deal when he was still CEO of Warner Brothers.

After a day of negotiating with the Chinese, he returned to his hotel room. He turned on the television to watch a movie and relax.

He said he was surprised to find that on the TV, the hotel had piped in movies produced by Warner Brothers that had NOT been released yet.

When he called down to the front desk to ask about it, they replied, “We thought you would be happy to see them.”

Concerned about piracy – Semel said “Development is happening in China. As trade picks up, respect for property rights will grow.”

As the Chinese begin to produce firsts, they too will want their products to be respected. When that happens, they will/might begin to respect the rights of others.

It sounds like something that might be learned on a playground, doesn’t it? But, then some of the most important things we learn, we learn in kindergarten.

It will take a while, but sooner or later China will learn respect.