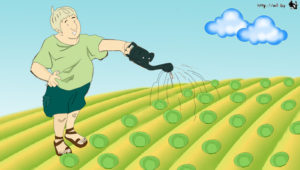 The rice exporters are not the same as the rice producers. Oh, the countries are the same, but the countries that have enough left over to send some off are different.

Absent from the export list though they are among the world’s biggest producers are Japan, Brazil, Philippines, Bangladesh and Indonesia.

7. Uruguay – 3.1%  I didn’t even know they grew rice in South American other than in Brazil.

6. China – 3.4%  Though they are number one in production, it doesn’t seem there is enough left over for export.

1. Thailand – 38%  Thailand is only sixth in production yet it supplies almost 40% of the world’s rice needs. Unfortunately, it doesn’t taste very good, I think.