Where China, Japan, Russia and Korea Rank on the Ally List – Opinon Leaders 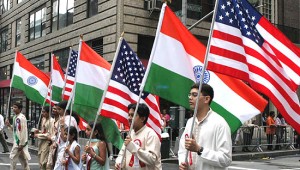 Opinion Leaders were asked to rank countries in terms of best to worst allies of the US.

The two other countries that were over half were Korea (56%) and Saudia Arabia (52%).

Were there any surprises to you?

I am surprised that China and Russia are as trusted as Israel and that all three of those are ahead of Korea.  And what’s with Taiwan?