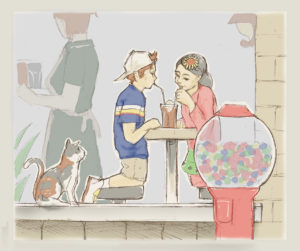 Breaking up is not hard to do for generation millennials in China.

At TBOK I wrote 20 Characteristics of Generation Millennials – Who are they? What do they want?

In China, they are pretty “me” oriented as well.

It takes about 20 minutes to get a divorce.

“Do you have kids?” and “Any disputes on property?”

Only children, doting parents, whims catered to by grandparents.

The problem is particularly strong among the middle- and upper-class.

Really now. What a surprise!

Some one-third of divorces happen among the affluent “me” generation.

Prof. Fucius, no relation to Confucius, says the emotional needs of children were ignored while parents buried themselves in their work to make a better country, a better life. Gosh, sounds a whole like Japan.

It used to be that couple’s worked together to buy a television set, a bicycle or a refrigerator.

Now couples move about horizontally in relationships to get 60″ flat screen LCDs, Harley Davidson’s, and a cruise trip to Alaska.

Parents told their kids to marry “into a rich family and you will be set.”

Indeed, until somebody richer comes along.

Are you part of generation millennial?