Ariel’s Digital Autograph | How does she do that?

My daddy once asked Ariel, “How many Ariels are there?”

I didn’t understand the question.

That’s what I thought.

If nothing, she definitely is pretty fast! How does she do that?

I get my picture taken with her each time I go to Disneyland and the last time I went to the Magic Kingdom in Disney World. Another thing that puzzles me is that I keep getting older but Ariel never changes!

How does that happen?

But I am sure there is only one Ariel. Daddy and I got her to sing, um, sign his baby phone.

He has a nifty little thingamabob (it’s what Ariel called it!!) that allows him to sign his screen and then he can keep it.

We got one signature at Disneyland in California and the other at Magic Kingdom in Disney World in Florida.

You can compare them. And then you’ll know that there really is one very fast Ariel.

This one was given to us in California: 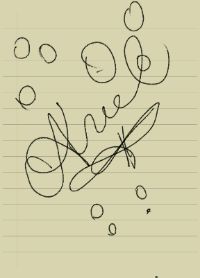 And this one was given to us in Florida: 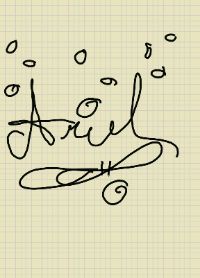 You can see Rapunzel’s and Tinker Bell’s digital signature’s too!