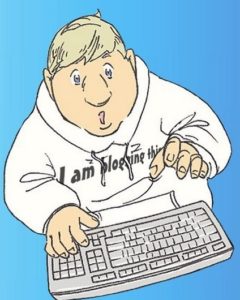 Dr. Madeline Albright – former Secretary of State spoke at the Santa Clara, CA Convention Center today, about 3 miles from the school where I teach so I thought I would drop by and listen in.

Not only was she the first female US Secretary of State and the highest-ranking female in American history, Dr. Albright was unanimously approved by the Senate.

Something Dr. Albright said reminded me of a joke one of my student’s ( a native Iranian) told.

President Clinton, Queen Elizabeth and President Ahmadinejad of Iran each died and went to hell.

The Queen asked the Devil if she could make a phone call back home. The Devil complied. After an hour the Devil handed the Queen a bill for $200.

President Clinton decided he wanted to make a phone call, too. Once again the Devil complied. After an hour, the Devil handed him a bill for $2000.

At this Ahmadinejad decided he wanted to make a call as well. He talked for nearly 24 hours straight before he finally realized he should ask the Devil about the charges. The Devil said it would be $2. When Ahmadinejad asked why it was so cheap, the Devil replied: “Hell to Hell is not long distance.”