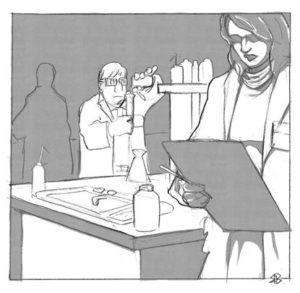 This time the nail that stuck out hammered the others.

Though he was supposed to be working on something else, his heart was set on doing his own thing – very un-Japanese.

What started out as a bad idea is becoming a $25 billion industry.

Not long ago, Samsung created a 32-gigabyte drive built entirely of flash.

Whew! Did you see that?!

Toshiba the company that Masuoka worked for is now the number two maker of flash memory behind Samsung.

The share of the pie that Masuoka received for his part in Toshiba’s success so far amounts to zip. Good company man, eh?

Nope…Masuoka is suing for $9 million and the case is pending in a Tokyo court.

If he gets it, it will be a case of the nail hitting the hammer for a change instead of the other way around.