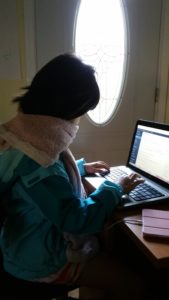 Lenovo of China says it will press on with its plans to expand into Europe whether it succeeds in buying Packard Bell or not.

“We have plans in Europe without Packard Bell, plans to do it organically,” says a Lenovo chief executive.

Lenovo appears to have given up on the ‘great fit’ of buying Netherlands-based Packard Bell and Acer confirmed its intentions to buy the computer maker through US group Gateway which had the right of first refusal to buy the parent company of Packard Bell, Paris-based PB Holding Co.

Lenovo intends to launch mid to top-range consumer products for Europeans “soon, definitely before the Olympics” said the exec.

Following its purchase of IBM’s PC business in 2004, and being a chief sponsor of the Beijing 2008 Summer Olympic Games, Lenovo, with its 20,000 employees worldwide is one of the leading PC makers on the planet.

Today, the company has a sales turnover of $14.6 billion.

Only Dell and Hewlett-Packard have a greater market share than Lenovo’s 8%.

However, when Acer takes over Gateway, Acer will move into third place with a 9% share.

Have you ever used a Lenovo computer?