Growing up Indian in America | Advantages of being bi-cultural

Hi Mia. I grew up in America also, just like you, but my parents are both from India. So, I also grew up in a multi-cultural environment. But for me, instead of having parents from two different cultures, I spent my home-life in one culture, but I spent my day times as part of the American culture in school.

There were many times as a child that I felt like I just didn’t fit in anywhere. I didn’t really fit in with all the Indian kids because I like the American culture and therefore wasn’t as traditional Indian as many of my Indian friends. But I also never fit in with American kids because I was very obviously Indian. I wasn’t exposed to many of the things Americans were exposed to, like Winnie the Pooh, or Alice in Wonderland. I 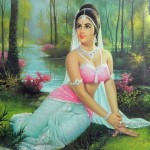 didn’t have a favorite Disney princess. My favorite princess was Indian. And then there was the obvious…I was a different color. And in those days, being a different color made you stand out like a sore thumb. So I’d get teased and called names.

None the less, I did have some wonderful American friends, and their influence did make me want to fit in more. And so I became more American. As you know, it can be hard reconciling these conflicting values and cultures. It’s hard to feel like you don’t fit in anywhere.

But as I got older, I realized there are so many advantages to being from two cultures. I have two sets friends with completely different interests. So, my life is always very interesting. Since American kids often talk about different things than Indian kids, I get to talk about lots of different topics and I never get bored. I also became the most popular person in both of my groups of friends. Why? Because I was the most interesting to them. I brought the stories and information from one group, and shared it with the other. My friends all loved my stories.

As an adult, my multi-cultural background has made me very well versed on many interesting topics. It also ingrained in me a passion for and interest in learning about other cultures. I love meeting people from other places. I love all sorts of ethnic food and music. And most of all, I love to travel and see the way people live in other countries.

So, even though it’s sometimes difficult to be torn between cultures, most of the time having varied cultural background has been a big advantage. Now, instead of not feeling like I fit in anywhere, most of the time I feel like I fit in everywhere! I fit in with the Indian community, and I also fit in with all the Americans we know. And I’ve learned the skills needed to fit in with other cultures too. I feel so blessed to have had the cultural upbringing I’ve had.

Do you want to know what my favorite thing is about being multi-cultural? Go to my holiday blog to find out…