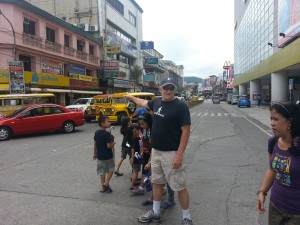 Bald dads depending on the type of personality of the person exhibit various characteristics such manliness, aggression, leadership qualities etc. Some of them on the flip side also exhibit fear, anxiety , inferiority complex and fear of rejection from friends and family.   They spend  a lot of time in front of the mirror making sure that their insecurities are masked as they have to project a certain type of image to the society that is acceptable.  Generally they fear that baldness could cause friction in their relationships with their spouse and children as most of them women prefer guys with a good hair line.

Some of the spouses are considerate in certain cultures and families of the fact that baldness has to do a lot with heredity related factors and comes with the genes in the family.  But some of the spouses take this as a weakness and rake up the issue resulting in divorce and other emotional tangles. Kids in schools also get bullied in some cases because of this small imperfection among their dads and are a subject of ridicule among their friends.  Baldness on the other hand can also add to the dad’s personality in some cases where it is viewed as a sign of strength and domination. For example in the sales industry a lot of successful executives are the ones that are Bald.