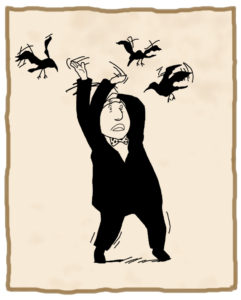 This post shall discuss the ramifications of having a bullying dad who is extremely strict and its impact on the kids and the spouse. These families live under a constant sense of fear and dissatisfaction under these bullying and strict dads who take every opportunity to take shots at the spouse and the kids.  These dads ensure that strictest control is established in the family and spend most of the time intimidating their spouse and the kid.  The kids feel a sense of being enslaved because they are brought by in an environment which is not conducive to openness, fair play and debate.  They feel that they are constrained in many ways because of the lack of freedom and a constant stream of orders becoming rammed on your throats.

These dads establish strict rules of engagement with their family members and can become across intimidating to the members of the family.  They often do not trust their family members and constantly ask questions and create an environment of fear and anxiety by not letting people express themselves freely in a democratic fashion.  Their style of operation is mostly dictatorial and they expect respect and cooperation which is blind in nature from their family members.  They do not give adequate room for members to express their individuality in a natural way and their opinions and views often get stifled when they step up their authority over members of the family.

These dads also in some cases resort to taking to abuse to make their family members toe their lines in case they express views that are contrary to those expressed by these dads.  There is a pattern of abuse of these dads which might result in cases of mistreatment of their family members and even informing the authorities about misconduct from their dad. These dads are often seen as abusing the power and privilege your position that comes with the marriage but they fail to realize that every member in the family is equal in ensuring the long-term sustainability of the family and often pay a price for their conduct.

The reason behind such abhorrent behaviour can be attributed to their past life or their harsh upbringing which might be along the same lines.  Since we are all to a large extent conditioned by out beliefs and attitudes created by the atmosphere in which we grow up these people might have been conditioned in a wrong way in the early years of their mental development and upbringing.  These dads are also abusive towards the spouse and try to pick up fights over petty issues and try to bring their wives along their lines of expectations.  They also abuse their wives physically at times and in some cases some of these dads also exhibit psychopathic behaviour which might be disruptive.  Their spouses in case they are not adjusting and are also argumentative end up in bitter battles and fights about how things ought to be run in the family.

Usually one among the couple needs to sacrifice in order for the family to sustain but in case both of them are similar in their outlook, then it creates a vicious atmosphere for the family to operate under.  Usually, the children bare the brunt of the mistakes of the family and look for some kind of emotional support from their mothers in case they find the father abusive and unrelenting.  Usually the mother in that case tones down and establishes that bond of trust with their children and tries to subside the situation and ensures that the situation does not go out of hand.