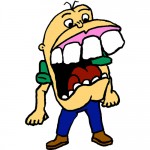 Some Chinese Americans did not have role models growing up.

I read this story about Ginny Gong. She is now the director of a county. However, she grew up as a small child to teenager in the back of a Chinese laundromat in Long Island, NY.

She says she is a 1.5 generation. She wasn’t born in the US, but she grew up here.

Daddy sometimes preaches to 1.5s and 2.0s. The 2.0s are those Chinese-Americans who were born and grew up, or are growing up here.

It is important to have role models. But it is not always possible. Sometimes there is no one to look up to, or no one who has ‘gone before.’

My daddy lived in Japan for nearly 20 years. He says that in the city where he lived there had never been a white guy there before and every time he went to the city office they had to get out the book to figure out what to do. Or they had to create a new policy for when the next person came.

Someone has to go first.

I don’t have to. I have a daddy to show me the way.

Who shows you how to do things?