Lessons I learned from My Health-Caution Dad

It’s sure that we all watch what we are eating, and try to work out to maintain healthy life style. But what’s watching what we eat? Could be eating less, eating only organic foods, or not eating fatty foods. Watching what you eat is depends on the person. When do you start doing that? After you turn 40 or 50? Or as some people at a younger age.

Let me tell you about my dad. From the day I remember things, he has been really caution about what he was eating. I grow up in the third world country, and you might be surprised to know but we all had a  maid. I remember him telling her what he wants for breakfast, lunch, and dinner. All of them had to be so healthy, not too salty and oily. Always have to have his fruit and veggies on the side, always. And if he doesn’t like what he’s eating or think it’s oily, he won’t’ even touch it. It doesn’t matter if it’s mid night, he will ask her to make him another one. This used to upset me as it was late to cook. But ya that’s my dad.

What I also remember is when he goes to visit relatives, he make sure he eat at home first.  He’s scared to eat what others make. He says “They make it too spicy and oily”. He tries a little bite first and have the rest if he likes it, which is rare. 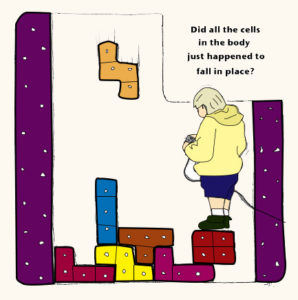 And besides watching what he is eating, he exercises.  He never went to the gym, never liked that idea.  He runs every morning, if not he works out at home.  He just moves his body.  And after work, he plays Carambola where he can enjoy and also exercise, and on weekends, ground tennis.

And did I mention that my dad never had alcohol nor smoke a cigarette.  Besides that it’s forbidden in our religion,  he was never tempted for that.  He strongly believes that alcohol and cigarette can affect health, which is true.

Garlic is his friend.  He make sure he took one piece of garlic every morning.  He says garlic prevents from a lot of diseases.

Now, my father is almost 70.  Thank God, he doesn’t have any major disease, nor has been really sick.  And he still does the same routine that he used to do, from the day I can remember.  Eats healthy, run,  and play Carambola.  He believes that running can prevent from being sick.  Once I told him that I have cold.  He said “do u run every morning”  I was thinking how is that related? he said when you run and sweat, that’s how you will get better.

I was actually telling him last week that I appreciate what he does in order to keep himself healthy.  If he was eating whatever it’s out there, and not work out, I am sure he wouldn’t be strong as he is now.  I always thank God for this.  He’s healthy and happy now, which also makes me happy and thankful! As I am busy with school and my tax business, I don’t have to worry about him, just visit him once a week and a frequent phone call will do it.

And that is what I learned from my dad, eat healthy, exercise, and be happy!