My Favorite Disney Quotes – Thoughts to Live by from Fairy Godmother, Cinderella 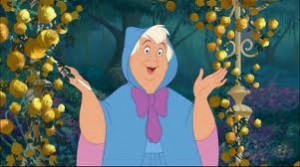 I would have never thought that miracles take time.

I believe in God. I believe God is the Creator of the universe. I am only 5-years old so don’t get me wrong. These are things I believe for now. Later I might know why I believe them.

I learned that it took God 6 days to create the world. Each day God did something different.

I suppose he could have done it all in one day. I mean if he spoke the stars and sun and moon into existence and they immediately streamed across the sky, well he could do a lot of things.

Why he took 6 days to create the universe, I’ll have to ask when I get the chance. Which I hope isn’t too too soon. I have a long life to live first.

But thank goodness it didn’t take millions or billions of years for the pumpkin to be a chariot and the mice to become horses. That would have been a really long movie.

I am pretty sure it didn’t take God millions or billions of years to create the universe either.