My daddy has super powers or How to control traffic 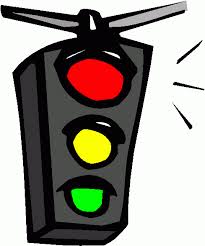 My daddy says he has super powers.

He can’t leap over an ant hill much less a tall building in a single bound. He’s only stronger than a locomotive when it comes to smell. And he can get to the refrigerator faster than you might put a bullet in a gun. But that’s it.

He can control how fast everyone will go in the lane where is car is.

“Watch, Mia. When I change lanes everybody in front of me will slow down.”

Sure enough, every time he changes lanes no matter what time of day, the cars in front of him slow down.

“Watch, Mia. I can make that light turn red.”

Yup. Sure enough, it turns red.

“All I need to do is wish really really hard that it would turn red.”

“Why would you do that?”

“Well, if you want me to stop and pick up something you dropped I will wish for it to turn red. But it won’t. It’ll turn green.

“Or if you want me to fix your iPad for you and I need to stop, it will turn green.

“If I really really need to stop for any reason, it will turn green.

My daddy really does have super powers. I saw him do it.