How to raise bilingual children in 5 steps

I know something about how to raise bilingual children. 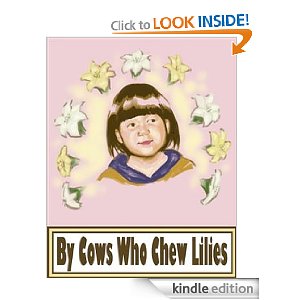 I have 2 sons that are not only bilingual, they are bi-cultural. There’s a big difference. I will write about that in future posts. Go to Who’s My daddy for a very brief report of how they turned out.

5 steps? 10 steps? That number is a bit arbitrary.

I do know, however, it takes concerted effort and sacrifice to raise bilingual children. It does not just happen. Good luck with just hoping your kids turn out speaking two languages.

2. Make it fun for your child to hear both languages. My children watched cartoons and such in both Japanese and English. When they were little they never knew they were watching things in different languages. They just watched. My daughter watches things in Chinese, Japanese and English. Yeah, I know that’s tri-lingual not bilingual. Children have to want to hear both languages. And we know that children want to have fun.

4. Take your children to the country where the language you want them to speak is used. My boys can watch TV, listen to music, converse with grandparents, go to movies, shop, eat, you name it, in both languages. (Leaning towards being bi-cultural here…) The child needs to feel in their bones the language being used and see how a new world opens up to them when they speak both languages.

5. Mom and dad need to be bilingual. This is the most important. When push comes to shove, kids want to be like their parents. And if mom and dad BOTH speak BOTH languages, the kids will want to do the same. You can’t tell a kid to study a language that you yourself can’t use. Well, you can. But good luck with that.

Want bilingual children? Follow the steps. It’ll work. But, first take a look in the mirror and ask yourself how you are doing in both languages.

Want to know more about raising bilingual kids? Put your email address in the box at the top right hand corner and hit subscribe. No SPAM…EVER.