My daddy taught me to smoke. And I am only 4-years old.

He said his older brothers and sisters tried to teach him how to smoke when he was 4-years old, too.

His big brothers and sisters didn’t want him to tell on them, he said. That’s why they tried to get him to  smoke, too.

But he didn’t like it. He said it made him cough and he thought it was stupid.

I don’t have anybody to tell on. I just think smoking is cool. And it doesn’t make me cough either. And, I like it.

My daddy and I do it together almost every morning.

Sometimes, even the car will do it! That’s funny.

We don’t smoke all the time. Just sometimes, and usually in the morning when we are going to the car to go to school. Then again, after we get out of the car and are walking to the classroom.

That’s when we smoke the most.

For those who don’t know how or think they are too little, you just say “Hoo, Hoo” like the owl does. But, and this is important, you don’t make any noise. You just pretend like you are going to say something but don’t let the sound come out.  Oh, and one more important thing. It has to be cold outside when you do it. 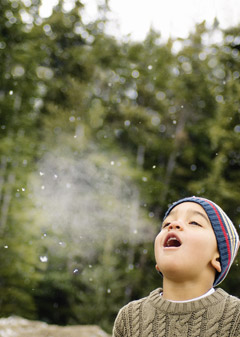 Try it. It’s fun. And before you know it, you’ll be able to smoke, too!