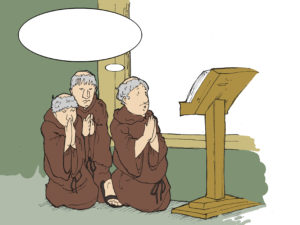 What about Easter? When/how did it start? And the Easter Bunny and Easter Eggs?

Origin of Easter has Pagan Roots

Easter’s origin goes back to the global Flood recorded in Genesis 6-9.

Nimrod created Babel, Nineveh, Asshur, Calla. The one thing they had in common was evil. When Nimrod died, his wife, Queen Semiramis, deified him as the Sun-god. Later Nimrod became known as Baal and the religion Semiramis, he created would be called Baal worshippers. Among other things these worshipers practiced idolatry, demon worship and human sacrifice.

Semiramis convinced the people that Tammuz was Nimrod reborn. The people had been looking for a savior – Genesis 3:15.

The people also worshipped Semiramis as the goddess of fertility. She has been called in other cultures Ishtar, Ashtur and, Easter.

Following the death of Tammuz, legend has it the power of his mother’s tears “resurrected” him in the form of the new vegetation that appeared on the earth.

The Easter Bunny and the Easter egg can also be traced back to Semiramis. Because of their prolific nature, rabbits have long been associated with fertility and its goddess, Ishtar. Ancient Babylonians also thought that an egg fell into the Euphrates River from heaven and from it Queen Astarte (another name for Ishtar or Semiramis) was born.

You will have to get out a King James Version of the Bible in order to find the term “Easter” mentioned in the Good Book.

I am a Christian. Duh!? The title of this column after all is Silicon Valley Christian Examiner, but, I have no loyalty to Easter. None. Zilch. Zero, Nada. Zip. Goose Egg.

And as for me, I celebrate Christ’s resurrection every Sunday. But, that’s beyond the scope of this article.