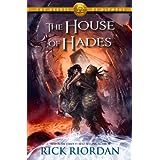 The House of Hades (Heroes of Olympus, Book 4)

My daddy has been going to a Bible study with other daddies for a really long time. They read a book, “What’s So Amazing About Grace?”

On one of our morning walks daddy told me he wants to learn to like people again.

“I think I am going through reverse culture shock.”

“Even after 10 years of being back in the US. Maybe I haven’t readjusted yet.”

He went on and on about how he lived and worked in Japan for many years after spending lots of time in the Navy on a ship with lots of people in a very small place. And then he taught college and university and there was drama and movements toward being a pot licking correcter. (Ed. political correctness).

He said it was hard to move back to the United States from Asia.

Daddy said America is not like it used to be. Or Americans are not the way he remembers them.

Maybe Americans are the way they have always been but daddy remembers differently.

I am glad my daddy likes me. The rest of the people have to get in line behind me.

Oh, and I hope daddy learns to like people again. 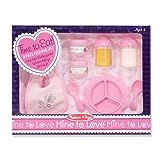