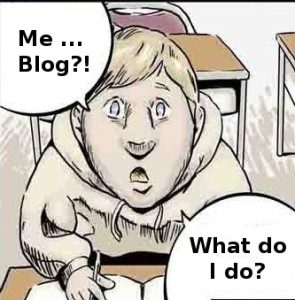 I’ve been editing and publishing the daily China Confidential Weblog for almost a year, positioning it as a kind of blog of record, with a focus on news reporting and analysis. During this time, I’ve become increasingly aware of how little most of us really
know about contemporary China.

The Western media has begun to discover the dark side of China’s economic ascent, including the plight of the left-behind rural poor and urban underclass–the so-called migrant workers barely surviving in the belly of the boom. But more, much more, needs to be done in the way of serious reporting. For the most part, puffery still rules; and there are glaring holes in the story of China’s rise–arguably the most important development of our time–that cry out for coverage.

Here, then, are a few ideas for articles I would love to publish–or at least read.

1.  The Left Opposition. Is it marginally or materially important? Within the ruling Communist Party, how many officials and intellectuals lean leftward? Is there an underground leftwing opposition of significant size and substance? If a movement like
this exists, what, if anything, is known about its ideology and platform?

2.  The Military. What drives Beijing’s scary military buildup? Do military leaders tend toward a particular political point of view? Is their loyalty assured? Can they be counted on to defend the regime in the event of widespread social instability? How do they view the United States? Do they believe the US is trying to contain China?

3.  Taiwan. What are China’s real intentions toward the breakaway island that it officially regards as a renegade province? Is there a high likelihood of war with Taipei, or is Beijing bluffing when it vows to use force if necessary to prevent it from formally moving
toward statehood? What are the triggers–the (pardon me) red lines–certain to spark a cross-Strait conflict? In the event of war, would Beijing settle for pulverizing Taiwan’s cities and military bases with waves of missile attacks, or would it also attempt an invasion and occupation of the island? Could Taiwan resist long enough for US and
international intervention to possibly save it? Do Chinese leaders seriously believe such intervention–theoretically capable of leading to a nuclear exchange–would actually be forthcoming?

4. Japan. How controlled or manipulated were last year’s anti-Japanese riots and protests? Who was behind these events? Why? Does the government have the
power to start and stop the demonstrations at any time? To what extent is China’s enmity toward Tokyo really directed at its superpower protector and ally, the US?