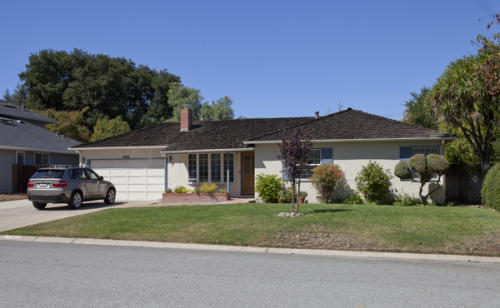 I have an iPad mini. It’s not as much fun as I thought it would be. Everything I really want to do I have to buy.

Where are all the good free games?

The guy who came up with the iPad mini, Steve Jobs, died. He was one year younger than my daddy.

Everybody on the historical commission in Los Altos voted to make Steve Jobs’ house a historic designation.

Read: 940 Saturdays left with your kids. How will you spend them?

Steve Jobs’ sister, Patricia, owns the house and if she does NOT want her house to be a historical monument she has to appeal.

The house is where Steve Jobs grew up. He also built some of his first computers there.

Did Jobs make computers? I thought he made the other Steve do all the work while he, Jobs, dreamed dreams. One of their original computers sold for $213,000 at an auction a few years ago.

Daddy says that history is not as long ago as it used to be.

But then, internet time is faster than dog years.  One internet year = 7+ real years.

They need to sell a few more computers and it’ll be paid for in full.