Lifetime Lesson I learned from My God Father

Like Robert Kiyoski having two dads, a rich dad, and a poor dad, I have two dads too: one in China and one in the US. 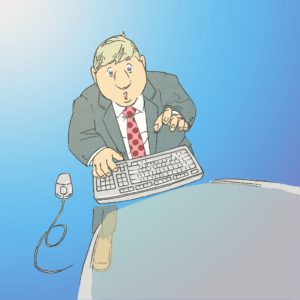 However, not like Robert’s two dads who are completely opposite, both of my dads are very similar. They both had over 30 years of successful teaching experience in great education institutions, and they quitted their successful career at their peaks and became entrepreneurs. They both have lived in legendary life and are highly respected by people and society. Not only that, both my dads became partners in a venture to build their common dream.

Just like my professor Bill Belew, I learned a lot from both dads. But today, I would like to share one lesson I learned from my god father uncle Park who was just passed away this month.

There are many great values my god father had and he always liked to pass these values to every person he met, taught, or helped. If I have to pick one from his values system, I have to say it is persistence. Sometimes he was so desperately persistent, you would think it was stubborn.

How stubborn he was? Once he created a vision and made up his mind to do it, there was nothing could stop him.

When he became the dean of the engineering school at Santa Clara University in 1988 and the highest paid professor in that school, he decided to resign from the peak of his career and started up his own university. This was very unusual and also not easy to accept by his family. But he patiently explained and convinced his family. Eventually the entire family fully supported his decision.

The beginning of every start-up is never easy. It was the same to uncle Park. At the time he tried to raise money to start up in silicon valley, the US economy was entering a downturn.

But he did not give up his dream. Rather he decided to go out the border of the US and proceeded a fund-raising tour in Asian, from China, Taiwan, Singapore, Vietnam, etc. He successfully collected one million dollar from that Asian fund-raising tour and started his school at Santa Clara city in 1994.

I still remembered he once told me “No rock is unturned”. He explained “It meant that check every possibility even it seems the chance is very slim. Don’t let any single possibility slip from your inspection”. That is how persistent he was.

This year, his school International Technological University (ITU) is entering his 18-year birthday. It is getting stronger than ever. ITU just got the Western Association of Schools and Colleges (WASC) accreditation approval on February 22, 2013. It marks a new milestone to the history of the school and reaffirms ITU’s commitment to the highest educational standards to its students and faculties.

Uncle Park, I am so proud of you and what you had done to the society and community. I wish you rest in peace in heaven. I love you!