Mary Kay Letourneau, 12 Things to know about her 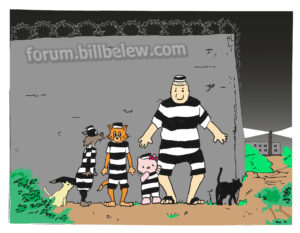 Mary Kay Letourneau who is an American former schoolteacher was convicted in the year 1997.

Mary Kay Letourneau who is an American former schoolteacher was convicted in the year 1997 for statutory rape of one of her 13-year-old male student, with whom she had a longtime extramarital affair.

Mary gave birth to 2 children by her underage student, She divorced her husband.

The 12 things to know about her are:

1. Her father was a ‘conservative’ U.S. Congressman from Orange County, CA.

2. Her mother was an anti-feminist activist.mary-kay-letourneau.jpg

3. Mary Kay was one of seven children born to the Roman Catholic family.

4. She has two half-siblings born to her father and his mistress.

5. The two first met when he was eight years old and she was 29-years old.

6. Their sexual relationship began when he was in the sixth grade. He 13- and she 34-years old.

7. She was married at the time she was messing around with the boy.

8. Mary Kay was released on parole in 2004 after serving several years in prison for statutory rape.

9. She will be registered as a sex offender for the rest of her life unless a judge rules otherwise.

10. Mary Kay was once a respected elementary school teacher.

11. Mary Kay was once considered an All-American girl.

12. If Mary Kay is the best America has to offer in the way of a model girl, perhaps it is time to look to Asia or any other country anywhere for something better.