McAfee May Get More Than They Bargain For 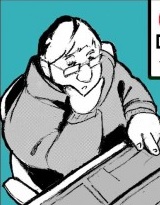 McAfee is buying into India

Yesterday I wrote about how McAfee is buying into India.

Today I read something interesting in a weekly magazine. Economic independence and sexual independence are supposed to go hand in hand, the report said.

However, in the second fastest growing economy in the world – India (China is first) HIV/AIDS has ballooned to 5 million – more than any other nation.

Why can’t India get a grip on this? Somebody smarter than me will have the answer and perhaps our staff writer Razib Ahmed can weigh in his thoughts.

Social roles, it seems, are still strong in a culture where men must prove their masculinity and women their fertility. So, even though women make more money and are empowered by it, they find rather that they are at a disadvantage and a greater risk of violence and contracting HIV.

The group surveyed for the above report was 750,17-25-year-old women in Bangalore…where McAfee is headed.

One way to prevent the spread of the disease is for women to marry later (they now marry at 17 years of age on average.)the report said.