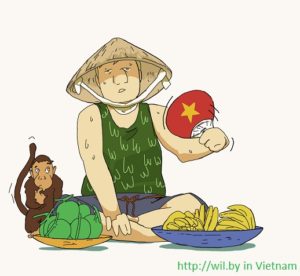 Selling product in the market

Coors and Miller Lite are mixing it up in an effort to compete against industry leader Anheuser-Busch, brewer of Budweiser, Michelob and Bud Light…and keeper of half the market.

London Based SABMiller will have a 58% interest.

MolsonCoors Brewing will own the rest.

The new venture will be called MillerCoors and will sell:

By combining operations the two firms will be able to pour more into marketing its brands to consumers and compete more effectively.

But…what about in China, where more beer is consumed than anywhere else …all-American beer bellies aside.

Other top sellers include Zhujiang and Yanjing.

All total…China has a bus load of beers.

MillerCoors may/will become a bigger force to reckon with but they have a long way to go, as does Bud and the rest to be the world’s number one beer.

What kind of beer do you drink?

Miller, Coors Beer – this Joke’s for You